The Gift of Tears

It is May 10th, 2009, Mother's Day, and I am reposting this piece that I wrote two years ago about my mother, Leona Carroll Ireland. I dedicate it to you, Mother, and to all our mothers. 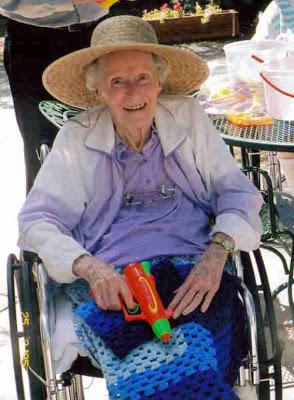 I woke up this morning missing my mother who has been dead now for several years. Given the contentious quality of our relationship for most of our 60 years together, I am surprised that oftentimes I find tears in my eyes when I think of her. I still remember phone calls where she slammed down the receiver, long periods of not speaking—her cold punishment for my seemingly uncooperative nature—her steely resolve that by the force of her will I was going to get straight somehow, and marry. We were locked us in absolute stalemate for almost 20 years.


In the few short years before she died, I got really lucky, or was blessed, when I was able to touch the pain her actions tried to mask. That alone took away their power to hurt, and allowed me to experience a kind of love that I could not have imagined.

This is what I write about this Mother’s Day morning.

There is a famous story in zen about a monk, Hsiang-yen, who, by most standards applied to monks, was a failure. He worked away in the monastery of his teacher expecting nothing—and he got nothing; he sat long hours in meditation—nothing; he did rounds of begging—right, again only scraps; he got thrown out of the hojo every time he presented himself before his teacher to check out how he was doing because he didn’t seem to be absorbing much. A hopeless case.

After many years of getting nowhere, when his teacher died, convinced that realization was beyond his capabilities, he retired to a remote temple where he tended the teacher’s grave. One day, the story continues, as he was raking the stones in the orderly zen garden (I like to imagine the ones you see in the fancy books with perfectly ordered lines in the rock), a small stone bounced off the garden wall with a Ping! Just that sound, and in a tumble his mind gulped in all his training in a single instant. And he got his life.

Even someone who has never practiced long days of meditation can understand the appeal of Hsiang-Yen's story. Everyone I know has some dilemma like this in his or her life. For me my relationship with my mother was a huge conundrum.

I have flown to Tucson to be with my mother after her first serious heart episode. It is decided that she get a pacemaker; that the doctor electrically jolt her heart, and, hopefully, restore a normal rhythm. Then the elements of a really bad melodrama started to unfold—my father disappeared for several days when he can’t take anymore, my mother brawled with her sister and a pretty buffed nursing attendant as she tried to put on her clothes to leave to go out into the street and hail a cab to take her home given that no one in her family seemed willing to obey her command and return her to a normal life. Eventually a really well-trained and compassionate case manager was the voice of calm, and mother agreed to the procedure. The drama to follow can be a quick note in the margin—further refusal on the operating table; family crisis; harsh words exchanged in anger; the heart specialist looks like the 14 year prodigy, Doogie Howser M.D., on the TV (I’m not kidding. He really did look like a teenager). I started to laugh, . . . this kid is going to thread electrodes through the arteries to my mother’s heart? What is she going to think? She thinks he’s cute, and refuses his treatment. Back to square one. That evening we will try again.

Before her surgery, she can have no food; even water is restricted—only small ice shavings. I hold a plastic cup and gently spoon the shavings on her tongue. She chews, and sucks, and swallows with smiles. I hear the ice click against the side of the plastic cup as I scoop it up. I use every bit of all my long zen training just to be with my mother for what might be her last moments of life—just her, just this spoonful, just this ice, just my breath and hers, just her pleasure in ice and water. It is very sweet, and I feel like the good son. If nothing else about zen, it does train you to be present in the moment. And that moment will have to be enough for this particular gay son after many long years of feeling outcast and abused. Yes, I decide it will be enough.

The medical procedure went as well as any scripted denouement on the Doogie Howser TV show. You couldn’t hope for more: the patient got well; the family crisis was temporarily resolved when the stubborn mother agreed to go to the nursing home; the father returned, shaken, humbled but unharmed, forgiven and loved; the gentle sister has taken over managing the mother’s care. And I boarded Frontier Air to return to San Francisco.


After the exchange of pleasantries, I discovered that my seatmates were going to San Francisco to be reunited with their birth mother whom they have never met (how could I make this up?), and I told them that I have been at my mother’s sick bed.


We are in flight. Staring out the window as we flew over the Rockies, across the desert and into the sky over Death Valley, I lapsed into a brown study, and sat mesmerized by the wonder of the world. The flight attendant offered me a second Diet Coke with ice. My orphaned seatmates passed the offering across the seats. I took a big gulp and as I swirled the ice around the cup, it clinked against the edge. In an instant my mind tumbles and I am no longer "me" in a plane over Death Valley, but I am in my mother’s life—I mean really, not some theoretical proposition—all of it, her hopes her pain her struggles her fear her birth her death, and I burst into tears and sob. My orphan seatmate understands something about finding mothers: she just reaches out and gently touches my arm, holding me connected to the breathing world as my mind flies away. Did I thank her enough? Any trace of resentment, regret, bitterness, or recrimination about the way my mother treated me at any time in our lives together evaporates. She is just my mother, and I am finally able to enter into the mystery and wonder of being a son.


The plane lands in San Francisco. I mumble good-bye to my seatmates where the mother that gave them birth is waiting at the gate. I wish them well, and I walk back into my life, praying that everybody be lucky enough to find out who their mothers really are, to be able to step into their lives, and to cry when they are gone.

Email ThisBlogThis!Share to TwitterShare to FacebookShare to Pinterest
Labels: Hsiang-yen