Ignatius and the "Discernment of Spirits" in a different light 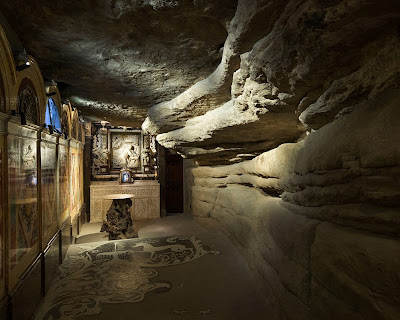 In a cave in northern Spain between 1522 and 1524, Ignatius of Loyola had a series of spiritual experiences that changed his life as well as created a spiritual revolution. As a direct result of his mystical awakening, he, along with 7 of his “companions,” went on to found the Society of Jesus. One of these men, Francis Xavier, came to India in 1542. His body is still venerated to this day in the basilica in Goa that bears his name.

If one thing stands out about the early exploits of the Jesuits, it is their decisive action which they attributed to following the plan that God had for them. To uncover God’s Will they used a spiritual technique that Ignatius developed in his retreat at Manresa: “The Discernment of Spirits.”

Now that I’ve paid my respects to Father Ignatius, let me look at the actual process of what he called “The Discernment”  to see if there is a way for someone who does not hold to the religious tenets of Christianity to use his methodology--yes, even a person with a more rational mind set to access more information about his or her decision making process to come to a workable decision about a course of action. I suggest that using the methodology of Ignatius might allow us to listen to our deepest emotions without allowing them to hijack our decision making process.

Ignatius lays out two sets of 14 “rules” for making a choice. I have tried to remain faithful to the spirit of Ignatius while simplifying them. I’ve also bypassed Ignatius’s insistence on conformity with the teaching authority of the Roman Catholic Church.

Ignatius invites us to weigh what he calls “Consolation” and “Desolation” regarding a specific course of action over a period of time. Ignatius believed that the forces of good and evil are at war inside you. They try to sway you. Our job in prayer is to observe the battle, to sort out the emotions and eventually to allow the correct decision to emerge.

I’ve used the word emotions here, and I think that discerning what our deepest emotions are telling us might be a useful way to look at what Ignatius calls “spirits.” Consolation indicates a feeling of peace and contentment, while desolation points to upset, even revulsion, perhaps even the feelings we might normally associate with depression. When we feel at peace, “consoled,” we are aware that we are on the right path, but when we feel uneasy, we sense that we are treading a path that leads to uncertainty or even harm, emotional or physical.

However, our past experience has educated us, colored our emotions and conditioned us to behave in a certain way. We are aware of some of this conditioning but a great deal remains unconscious. A note of caution here: we are not engaging on a course of psychotherapy, and while it may be useful to uncover and deal with the emotional undercurrents of our past, I think that in ordinary circumstances, weighing what our emotions tell us about a course of action does not require this level of analysis.

Allowing our deep emotional responses to inform our decision does however require a kind of detachment. And in order for this process to unfold, Ignatius recommends that we not jump into a major decision impulsively. Rather he would like us to weigh what I’m going to call our inner movements. Allowing our deepest emotional instincts to have a voice in our decision making, might be closer to what’s called in modern psychology “emotional intelligence.”

Let me give an example. Let’s suppose that I have a friend with whom I’m deeply in love. I think we can all agree that love is an extremely powerful emotion, one that can dictate our actions in both positive and negative ways. My friend tells me that he has to move to another city for a long period and that our relationship will have to endure that separation. This seems at first to be a circumstance beyond my personal control. 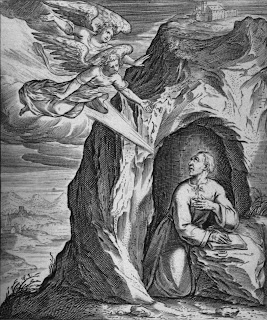 But suddenly the thought crosses my mind: I will just follow him or her. The motivation is love. What could possibly go wrong? Lots. But there’s also the possibility that the move might also open the gate to new rich experiences and a wonderful new side to our relationship.

So now let’s set aside some thoughtful time to “discern the spirits,” to weigh the emotional impulses that are driving the decision and see if we can sort them out. A lot of people would counsel “weighing the pro’s and con’s.” The process might include making lists with the both positive and negative consequences: shifting house, disruption of our normal daily routine, work and financial realities, readjusting close personal ties. Of course, make a list. Evaluate each possibility.

But Ignatius would, I think, ask us to take another step. Let’s say for the sake of the example, that most of the practical issues could be easily resolved, that the actual shifting were possible, that money would not be an issue, that family and friends support the decision, but we are still undecided. He would ask us to take the decision to prayer and seek a deeper answer.

What might this look like, even for a non-religious person, who would like to explore the possibilities of the move in a deeper way? First we would formulate the proposition: “I will move to another city to be with this person I am in love with.” And then with our mind as quiet as possible, we allow the feelings and emotions to arise, without judging them. I cannot predict what might happen in an individual case, but let’s just take an obvious one: The overwhelming emotion is to simply pick up and move. But that’s followed by what seems to be an equally overwhelming fear that things might go wrong, that the added strain would distort my relationship and my friend would reject me. It’s possible.

A series of emotions arise, and they are a jumble. But somehow, if we are able to neither reject or push them away, over a period of time, they begin to sort themselves, and the picture becomes more clear. Perhaps we decide to move, or perhaps we decide to stay, but in either case, it comes with much stronger determination that we have tapped a deep source of inner strength to follow through and take whatever steps are required to fulfill our plan.

I think that Father Ignatius would be pleased that his inspiration allowed us to open up new possibilities in our own life even if dismayed that we have decided to remain agnostic with regard to his theological claims.

Ignatius and the "Discernment of Spirits" in a different light